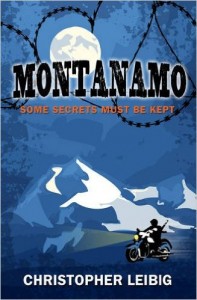 Not on my watch!… So declared Montana Senator Beauregard Bryant when the small town of Twin Rivers, Montana sought a lucrative federal contract to house Guantanamo Bay prisoners in its languishing prison. Undaunted, newly elected town Mayor Phoenix Jamborsky hires local lawyer Gabriel Lantagne to help secure the controversial contract against the wishes of the powers that be in Montana. But the nationally publicized issue lures a threat worse than bankruptcy towards Twin Rivers.

Gabe slowly learns that the town s old secrets, Phoenix s ambition, and forces beyond his knowledge blur the line between friend and foe, and that Phoenix s prison plan has changed far more than the town s bottom line. As national politics and small town mysteries speed towards mutual resolution, the fate of Twin Rivers may not be decided by Senators, Mayors, and lawyers, but a young man from Pakistan with a politics all his own.

Named the “Book of the Month” by National BookReview.com

“Leibig’s solid storytelling, accompanied by a much broader and more interesting cast of characters than Saving Saddam make’s Montanamo stand head and shoulders above its predecessor. What really sells…is the book’s amazingly vivid cast. The pace is fast, the dialogue clean, and the characters rich, it feels like a thriller.” —Eric Jones, BookReview.com, June 2010

“Having practically invented the genre of a current affairs thriller, Chris Leibig surpasses expectations with his new hugely topical page-turner, Montanamo. A masterpiece of suspense by a master story teller.” —B Beyond magazine, March 2010

“From the first page of Saving Saddam to the full, intriguing tale, Leibig’s first novel was impossible to put down. I am ecstatic about the release of his newest book Montanamo!” —Heather Markman, T+D Magazine, February 2010

Montanamo one of 75 top selling Kindle books about Pakistan. January 2011.

Named the “Book of the Month” by National BookReview.com. November 2010. (View)